Vancouver Heritage Foundation is proud to offer innovative and diverse programming. Over the years we have had several projects that were short-term by design. These Special Projects can be a great way to reach out to a new audience, or support an initiative that needs our help. Check out the selection of past VHF projects that are not currently active. 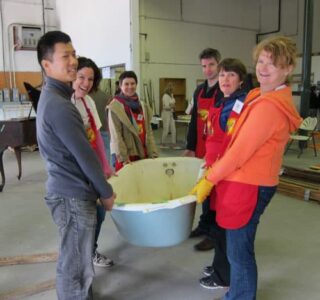 In 2012 we had to give up our salvage storage space and move on from the salvage business. However we still promote architectural salvage because it promotes heritage conservation by preventing artifacts from either going to the landfill or sitting unloved in basements and garages. Whether looking for a replacement piece for your heritage home, or a unique element for a modern space, salvage celebrates our history. 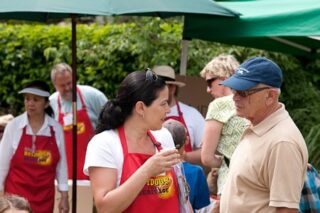 A fantastic fundraising event for VHF, Hotdogs for Heritage was our version of a fun-filled day at the fair! There was great food, music, a beer garden, entertainment for children, a silent auction as well as architectural salvage for sale, all in the beautiful garden of former VHF Board Chair, Mollie Massie. 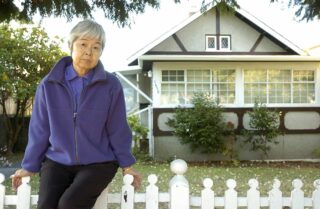 Save the Kogawa House Campaign

Joy Kogawa, author of Obasan, one of Canada’s great classic novels, lived in a small house in Marpole until her family were relocated to the Slocan Valley as part of the internment of Japanese-Canadians during World War Two. In the mid-2000s, the Kogawa House was in danger of being demolished and therefore part of Vancouver’s history would be lost. VHF worked with The Land Conservancy of BC to ensure that the house was saved. The TLC purchased the house in 2006 and have turned the house into a historic literary landmark and created a Writers in Residence program. In 2011, VHF was able to offer a Restore It Grant to Kogawa House to assist with the cost of replacing the roof. 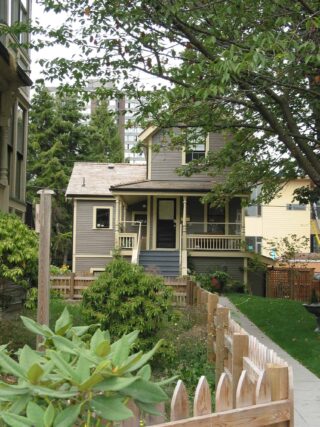 Once slated for demolition, the Victorian cottage on the lane behind Umberto’s well-known Yellow House restaurant was donated by Mr Menghi to Vancouver Heritage Foundation, and renovated into a delightful urban home. At the beginning of July 2002, the Leslie Lane House moved down Pacific Street and up onto its new site in the Mole Hill heritage neighbourhood. The move and subsequent restoration of the 1620 square foot house was a fundraising project of VHF.

The 1903 lane house behind the 1888 Victorian-style Leslie House at 1380 Hornby Street was one of the last remaining lane houses in the downtown area. It began life as a stable in 1901, then was framed in and finished in 1903 for Mr. George Leslie’s daughter and son-in-law. It was subsequently occupied by a succession of tradespeople, including lathers, plasterers and carpenters, until the late 1940’s when it became the home of Leslie Interiors, under the proprietorship of Miss Wilhelmine Meilicke. Through the 1970’s the lane house was home to Olive and Mano Herendy who operated a couturier business. Many baby boomer brides can recall hours of wedding dress fittings here. 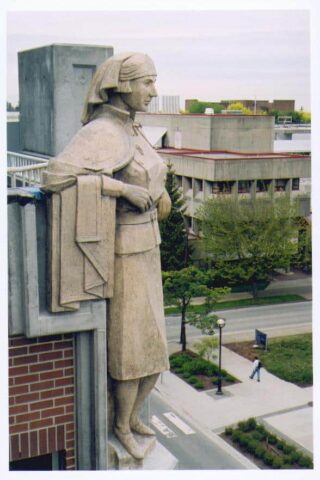 Eleven feet high, modeled in terra cotta and dressed in First World War uniforms, the three “Sisters of Mercy” now mounted on the fifth floor of the Technology Enterprise Facility III building at the University of British Columbia were salvaged from the Medical – Dental Building at 925 West Georgia Street when it was demolished in 1989. Opened in 1929, the Medical – Dental Building was Vancouver’s first comprehensive private sector medical facility, complete with its own operating room. It was the first pure Art Deco style structure in British Columbia, encrusted with terra cotta figures of medical, religious and mythological symbolism. A Vancouver landmark, it was the focus of an intense public preservation campaign. Although the battle to save the building was lost, Discovery Parks purchased and restored the salvaged terra cotta figures, with proceeds used to benefit Vancouver Heritage Foundation. 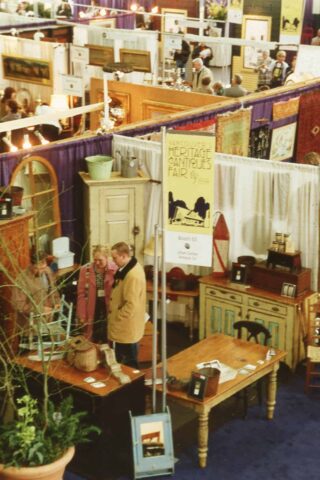 The Heritage & Antiques Fair was a public awareness, education and fundraising event of VHF held for three years in 1999, 2001 and 2002. The Fair brought the interested public together with heritage and antiques related trades, professionals, organizations and suppliers for a weekend of demonstrations, seminars, exhibits and shopping. Over the three Fairs more than 10,000 people visited the event held in the historic Seaforth Armoury. On the eve of each Fair, Opening Benefit patrons got a sneak preview of the Fair amid glimmering antiques and unique restoration trades at a fundraising gala to benefit the granting and education programs of the Foundation.