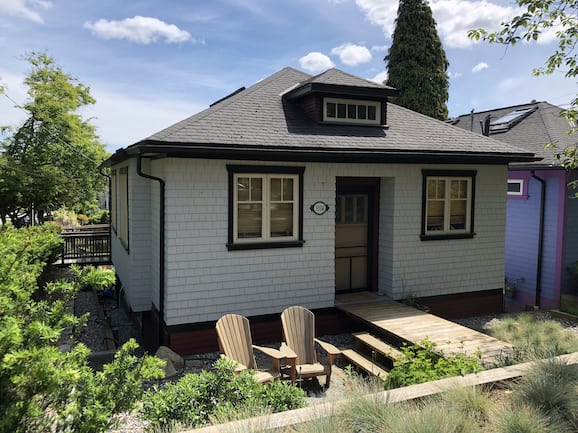 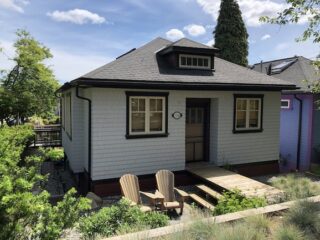 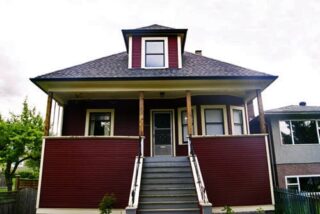 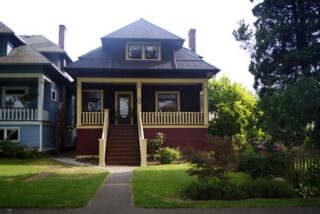 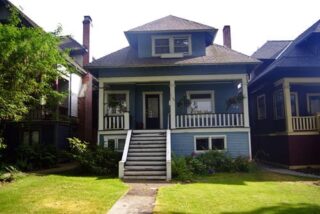 Old Vancouver had many cabins and shacks of two to four rooms. They often had side gables and simple attached porches, nearly all of which have disappeared from the modern city. The Early Cottage is a slightly more substantial version of these small, practical homes and is still common in older districts.

With its hipped roof extending over a full-width front porch and single dormers on the front and back, it is the most modest example of the Neoclassical Revival of the late nineteenth century. Thus it can claim distant kinship with Shaughnessy mansions such as Hycroft and The Hollies.

Most early cottages are one storey with a bell-cast flare to the eaves and a relatively low roof pitch, leaving attic space so cramped as to be useless. Some have steeper-pitched roofs that shelter narrow upstairs rooms lit dimly by the dormers. The front edge of the roof is typically supported by four square posts, although sometimes even small houses have grouped turned columns. Vancouver’s examples almost invariably have a bay window on one side of the front façade. The front door is usually minimally offset from the centre. A parlour, kitchen and eating area occupy the bay-window side of the main hallway, while bedrooms and a bathroom occupy the other. Some Early Cottages have a cutaway front porch occupying half the façade’s width, providing more enclosed living space behind the bay window.

There is rarely any surface decoration other than dentils. Most of the homes have narrow clapboard siding, which can now often be seen covered in stucco.